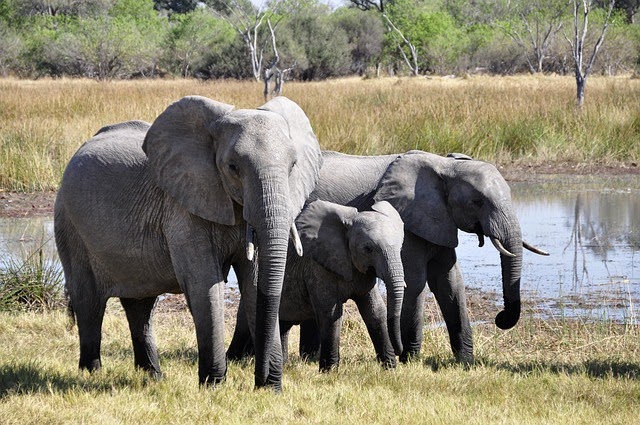 Elephants have been honored by many cultures for thousands years. They are intelligent, gentle, and kind creatures with a life span of over sixty years. Thus they have been respected and admired by one civilization after another. In Thailand, people believe that the soul of a dead person is contained within an elephant. In Cambodia, you hold an elephant statue so that it can bring you good fortune. Even the Hindu God Ganesh (who represents luck, fortune, and protection) has an elephant head.

Additionally, they have many positive attributes as it relates to spirituality.

It is said that Buddha picked the form of an elephant in one of his incarnations. In the story of Buddha as the elephant, an elephant lives happy, solitary life in a forest. He rarely sees humans, but he has his plants and animals. One day, the elephant hears a noise coming from one end of the forest. He stumbles upon a group of humans who have lost their way, are hungry, and are on the verge of falling apart. Kicked out of their home by a tyrannical king, they are forced to wander outside the gates of the kingdom. The elephant tells the humans the way they need to go and that when they get there, there will be a dead elephant for them to feed off of and gain nourishment. All of this moves their obstacles and emotions.

Thankful, the humans make their way. Meanwhile, the gentle giant scurries to the other end of the destination. He finds a cliff side. Then, in an act of complete selflessness, tumbles down the cliff. When he reaches the bottom, he dies. The whole forest was so impressed that the flowers blossomed during their off season and the fruits grew from their trees. When the humans, got to the location of the dead elephant, they realized that it was the same one that had given them all the guidance they needed. They ate the elephant, some feeling guilty, but being moved by the elephant’s impressive self sacrifice.

Elephants represent manifestation itself. They teach us that through our commitment we can accomplish all things. These beautiful animals signify strength, wisdom, stability, confidence, patience, compassion, wealth, and evolution. Elephants remove all obstacles that try to prevent you from manifesting your dreams.

We just brought in a few beautiful elephant statues. They are the perfect addition to any home or office.