In our last episode, I covered some early musical influences that inspired me to go from music listener to music performer. In this post, I’d like to share one of my current influences with you – a criminally under-recognized band from down under. 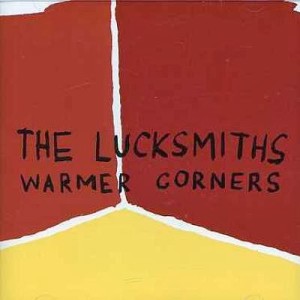 You may have never heard of The Lucksmiths, which is too bad because guitarist and primary songwriter, Marty Donald, is possibly the greatest songwriter of all time. I know what you’re thinking: Dylan, Simon, any member of the Beatles not named Ringo, etc. (Don’t you dare say Diane Warren.) I’m aware of their work, but hear me out.
I’m a big fan of restraint. Bruce Willis was far more deadly with a subtle head nod in Unbreakable than he was with an arsenal at his disposal in any of the Die Harder-ers. Pour through The Lucksmiths’ catalogue from the late 90’s on (when the band officially found the sound that would go on to define the rest of their career) and you’ll find that Tali White, the band’s lead singer and a man blessed with one of the great baritone voices of our generation, rarely raises his voice above speaking volume. It turns out that great pop songs sell themselves without requiring huge dynamic swells or faux-emotion and The Lucksmiths have no shortage of great pop songs.
The secret sauce in all Marty Donald songs, the cherry on top of all that wonderful melody and harmonic structure, is amazing wordplay. Donald’s lyrics are full of puns, clever turns of phrase, and unusual rhymes that somehow avoid feeling forced while remaining eminently singable. “Music To Hold Hands To,” the first track from TheLucksmiths’ 2001 album “Why That Doesn’t Surpise Me”, opens with the following salvo:
You can’t keep a secret, 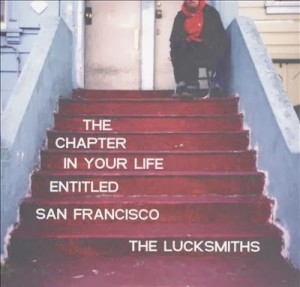 But you keep a diary anyway
And you get away with murder
‘Cause you’ve got a way with words
While that’s certainly a line that any lyricist would die to write, it may not even be the best line in the song once verse two rolls around:
I could never understand you
Hating music to hold hands to
Sometimes something you can dance to Is the last thing that you need
Genius…and yet completely expected in a Donald-penned tune. Marty Donald has so many clever ideas running through his head that he can afford to give them away for free as song titles (examples – “Friendless Summer” and “The Year of Driving Languorously”) without ever actually including them as lyrics in the songs themselves.
Mark Twain’s oft-quoted advice to would-be writers is, simply, “Write what you know.” While this statement can be interpreted in the broader sense – we’ve all lived moments of loss, heartache, or tension and can thus apply those experiences to almost any situation – Marty Donald songs consistently deal with subjects that are extraordinary only in their ordinariness. Donald explores extremely familiar subject matter – a summer drive, an insomniac night, a quiet gathering of friends, or a relationship coasting towards an inevitable ending, but has the ability to elevate these mundane settings into moments of intense pathos.
As a songwriter, I look at Marty Donald the way that an aspiring painter might look at Picasso – as something to aspire to, but full of wonder at how one gets from here to there.
Alan Honeycutt is a local singer-songwriter. He and his wife, Lindsay, teach yoga at The Open Mind Center every Thursday at 6:30pm. To contact Alan to say “hi” or book him for an event please email honeycutt.lindsay@gmail.com. Hit Alan up on Spotify and he’ll happily share his “Essential Marty Donald” playlist with you.
Alan will be performing live at The Open Mind Center on Friday 11/22 at 7:30pm and will likely play a Lucksmiths Cover.