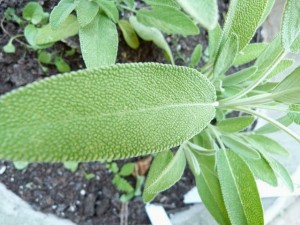 White Sage has been used for a long time, nearly a millennia, for cleansing and clearing negative energies. There are other forms of sage including desert sage or even sage blends that may include lavender, cedar, sweet grass, or other sacred herbs, but white sage is universally known to be the most beneficial and healing of all of the other forms and varieties. It can be used to cleanse the air in your house after an argument or when a negative event or situation has taken place, it may also be used for a sacred space that has conjured negative energy, or even for a person who feels spiritually or energetically disrupted or drained. The traditional Latin name for white sage, which is “Salvia”, simply means “to be saved”. This sacred and powerful native herb has long been considered a “cure-all” in several Native American tribes in the United States and is revered in many circles as a “magical” plant. Burning white sage can bring an expansion of wisdom, insight, clarity, positivity, and spiritual connection to your present life.

The abalone shell, a beautiful and brightly colored natural shell, is used in many smudging ceremonies and has its very own healing properties. People are instantly taken by its beautiful oceanic hues and some individuals say that merely holding it brings you a sense of calmness, peacefulness, and comfort. Several Native American tribes believe that a clay pot or cauldron is best used during smudging ceremonies as these vessels contain Earth-based energies rather than water-based energies, like in the abalone shell. However, there are several tribes who believe that the mix of water-based energies from the abalone shell and the fire-based energies from the burning sage actually serve to balance and neutralize each other.

At The Open Mind Center we have various types of sage bundles and abalone shells. We also have many books on the art of smudging to help you learn to cleanse your home or business.