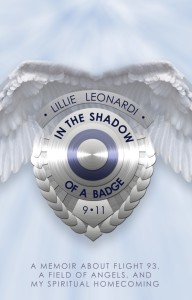 While attending an event at the 9/11 National Memorial in New York City, I learned a great deal about healing. This understanding manifested from spending time with 9/11 responders who served at the World Trade Center. As I mingled among the many in attendance, I heard the stories of their days working on the pile of tangled steel and mortar once known as the Twin Towers. In doing so, I attained an unbelievable amount of knowledge about my own journey, which too began on that September day. These responders included police officers, firefighters, emergency service personnel, demolition experts, construction workers, and human service representatives as well. I was enlightened about the power of letting go and the healing which it brings. As we spoke about their individual stories, I watched their eyes with great intent and listened to their thoughts shared about the rescues of human life, the recovery of remains, and the work completed to restore. I heard of the anguish suffered as they feverishly worked to first rescue those still alive. I listened as they relived the days and the months which then followed. In their voices, I heard the deep-seeded hurt as they related the agony felt at the loss of life in the midst of the terror which had rained down upon us all. This wonderful wave of humanity had joined forces to serve and bring order to the chaos of a horrendous circumstance.

As I walked among the thousands of wounded warriors who had served in time past, I heard their words filled with sorrow. I heard about the illnesses which now plagued all too many. I heard the sadness in their voices and the pain within their hearts. Yet, more importantly, what I heard in their voices held significant meaning to me. It was the voice of deliverance from their torment. I heard the stories of service and how they were grateful to give back to those lost. I heard the messages of gratitude for the days yet to be. I saw the mirrored image of the brethren now gone who had served humanity, their community, and country as well. The valor of their deeds and the courage of their response. The endearment of their fellow men and women who all hurried to protect and serve. In these moments of remembering, my time of 9/11 came to pass. I found a sense of healing stir within me among those who understood all to well.

I have dwelled in the valley of the shadow of death and I have now been finally lifted by the light. The tale of 9/11 told within the pages of my book “In the Shadow of A Badge” has now come full circle. On that day, from the Bible lying upon the ground, I read the passage of Psalm 23: The Lord Is My Shepherd. Although I was unaware of the true meaning of the gift, I now stand in full comprehension of the magnitude of the message received. On that day of 9/11, I was stricken by the grief, as were all who watched in horror. When I cried out to God for His deliverance, it was indeed heard. It came in the form of the angelic messengers with much to say and much to do. In the moments of the visitation, the Bible flew open and the words read had great religious meaning to me. However, the spiritual content of my being was not yet aware. Now in these many years past, I have heard the herald of the angels as their trumpets sounded in refrain. I have passed from the shadows into the illumination of new life, a light in which I intend to dwell forever more. I stand courageous in my need to forgive and find redemption. I pray for the ability to move on with my life and never again allow the past to restrict me from my journey. I pray for the joy to return and recapture my heart and soul.

I am thankful to those I met and those who shared their stories. For in their kindness and in their words, I became uplifted from the sorrow and the pain from the damage and the shame. Each of these individuals created a collective conscious which has awakened my spirit and reinvigorated my soul. Each is an inspiration and a true hero in every sense of the word.

Lillie will be visiting The Open Mind Center on October 12th to teach a class and read from her book.