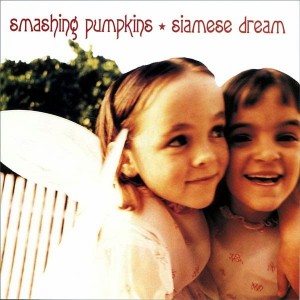 The first album that changed my life was International Pop Overthrow by Material Issue. My sister had gone off to College – a “capital C” wonderland of freedom, coolness, and mystery that may as well have been another planet to a high school kid still living under his parents’ roof in Suburban Marietta. It was there that she had discovered a treasure trove of new sounds that were as yet unheard by my classic rock radio-trained ears. One of the prizes that she brought home with her during the summer was Material Issue. Today, I would categorize Material Issue’s sound as “power pop” deriving from the great tradition of Big Star and the Beatles, but at the time, that sound was something that made my heart race with excitement. To think that music had moved beyond Led Zeppelin, the Rolling Stones, and Rush to this, made me feel that anything was possible…and then I heard “Creep.”

Back in the day – before music was something that you streamed from the magical cloud known as the Internet – it was genuinely difficult to find “good music.” One such place was MTV’s 120 Minutes. 120 Minutes played “alternative” music – the antidote to the pabulum that plagued (and still plagues to this day) pop radio stations. One evening back in 1993, while convalescing from major knee surgery, I stumbled upon 120 Minutes as I was channel surfing in the bonus room. They were playing Radiohead’s “Creep.” I was mesmerized. Nirvana’s radio hits were infused with an anger that had reached the boiling point, Pearl Jam wrote stadium rock anthems, but “Creep” was a song that was expressing everything that I was feeling in life at the time – alienation, loneliness, and total and utter inability to succeed in a relationship with a girl – and doing so in a way that was so beautiful that I wasn’t sure whether I was staring up from the bottom of the well or looking down on the world from the heavens.

From that moment on, I became obsessed with finding more music that moved me like “Creep.” When I went off to College later that year, I made frequent trips to the record store (I think we still called it that at the time, even though they were mainly selling CDs). Those years now coalesce into a haze of influential new albums (Siamese Dream by the Smashing Pumpkins, Portishead’s Dummy, The Gin Blossom’s New Miserable Experience, Blur’s Modern Life is Rubbish and Parklife) as well as the discovery of older albums and artists that I’d previously paid little attention to (R.E.M. comes to mind). While those were certainly formative years in terms of my musical taste, I was still primarily a music listener when I graduated from college. My experience as a performer to that point had largely been comprised of a few years as a percussionist in my high school band and the hours that I’d spent singing along with my favorite albums in the car. That would change with the release of Radiohead’s 1997 masterpiece OK Computer – an album so fantastic that I felt like learning to perform those songs on guitar (largely so that I could accompany myself singing them) was a necessary action for survival.

Looking back on it today, I can barely remember a time when I didn’t know how to play the guitar, when songwriting wasn’t something that I thought about every day. There have been many other influences that took me from Radiohead covers to this point, but those are stories for another day.